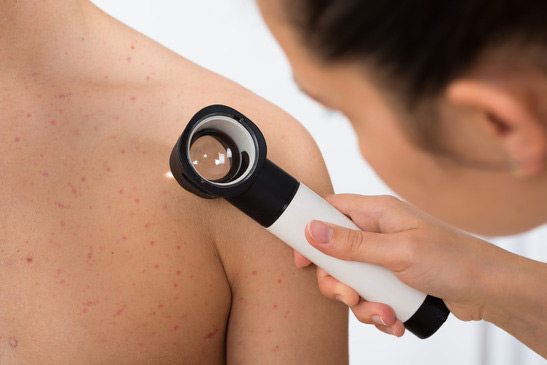 Everyone’s skin is unique. From birthmarks to moles, freckles to complexion, your skin and everything that makes it distinct and special are also a part of what makes you, you. And while you should celebrate anything that makes you an individual, when it comes to distinguishing marks on your skin it’s important to be aware of any changes or potential physical concerns. Particularly when it comes to freckles vs moles; what’s the real difference and what do you need to watch out for?

For many people, freckles are a lifelong, year-round mark of pride that’s a welcome attribute to their look and identity. Usually found on the face (around the nose), arms and shoulders, as well as the upper back, these small, brown flat spots are often genetically passed on. But believe it or not, there are different types of freckles.

Other times, freckles can come and go with the seasons. Ephelides, or simple freckles, are the most common type of freckle. They tend to be found on individuals with a fair complexion, at their most prominent during the summertime. Usually simple freckles tend to disappear in the winter months given that there’s much less exposure to the sun.

It is also possible to develop another type of sun spot, called lentigines. Lentigines develop after excessive exposure to the sun. Additionally, lentigines tend to form later in life and will stick around permanently, throughout every season.

How exactly do freckles form?

Melanin is a pigment found in your skin. Among other purposes, it’s mostly known as being responsible for causing your skin to tan in excessive sunlight. Freckles are simply the result of overproduction of melanin after considerable exposure to the sun’s UV rays, leading to concentrated clusters of darker spots.

Should You Be Worried about Freckles?

For your summer freckles, the main concern should be to monitor and limit your skin’s unprotected exposure to the sun. Use sunscreen and protect your skin like you normally would.

And if you’re not crazy about your freckles? There are treatment options to lighten them, including various topical creams and even lasering. Reach out to your dermatologist to discuss potential treatments if lightening your freckles is the route you want to go.

Now you may be wondering how exactly normal moles fit into the picture and what distinguishes them from freckles. Well, moles are actually quite similar to freckles. They can appear in most areas of our skin and develop due to genetics as well as excessive sun exposure.

Moles are clusters of melanocytes. Moles can be raised above the skin and grow larger than freckles, but appear in far less numbers than freckles.

But moles are a bit trickier than freckles. While they’re another part of what makes everyone’s skin unique, they can also grow into something more harmful like melanoma (skin cancer). Therefore, a closer eye needs to be kept on them for any warning signs.

Moles can come in all sorts of shapes and sizes, but in general there are three basic types. Junctional moles are usually flat. Intradermal moles appear more raised. Finally, compound moles are an in between stage of junctional and intradermal moles.

It’s important to note that a majority of moles are usually benign. But there are a few factors to keep a close watch on if you’re concerned. The most important factor is to be aware of any existing moles as early as you can. If over time you notice a rapid change in size, shape, color, or height above your skin, it may be time to see your doctor.

If you’re ever unsure, remember the ABCD’s of melanoma, developed by the American Melanoma Foundation, to help you discern any alarming traits.

Asymmetry – Irregularly shaped and not consistent.
Border irregularity – No clear edges, look for notches or blurred areas.
Color – Watch out for uneven shades of the same color or a mix of black, brown, and tan in the same mole.
Diameter – Anything greater than 6 millimeters is a red flag.

When to See Your Dermatologist

Certainly it’s normal for moles to gradually change over the course of years as you age. But a few weeks or months of rapid, significant change to any moles is definitely a concern. Additionally, a majority of melanoma cases occurs in new moles. If you’re over the age of 30 and notice you’ve developed new moles, it doesn’t hurt to monitor them or have them checked out by your dermatologist.

There aren’t topical treatments that will help lighten or eliminate your moles, but most moles can be surgically removed if desired. Like freckles, limiting extreme sun exposure and practicing proper protection when you are enjoying the sunshine are great, healthy habits to limit your risk of developing new, alarming moles.

Furthermore, consider your own skin. If you have an excessive amount of moles or a family history of skin cancer or extreme exposure to the sun over a long period of time, you may be at a greater risk. Contact Us at the Dermatology Center of Acadiana today and schedule a consultation! An annual check up with your dermatologist is a great way to minimize your risk. After all, everyone’s skin is unique. It’s important to get the advice and perspective of a medical professional to have a full grasp of how to approach your skin care. 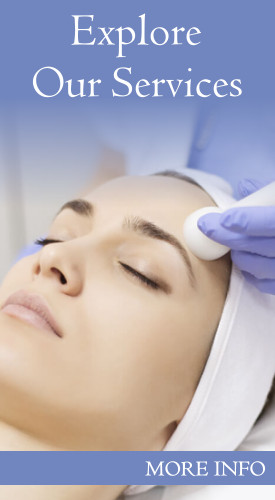